On Monday 20 July 2015, the morning sun began its ascent over the lush green hills surrounding the small Italian village of Porretta Terme. It illuminated the Apennines while the village, which lies below, remained in the shadows. The community of fewer than 5,000 residents is located about 60 kilometers southwest of Bologna. Since ancient times Porretta Terme has been famous for its thermal springs. In the last 28 years she has become famous for something else.

As always, shopkeepers hurried to their small daily businesses along the old narrow streets of the township. The faint but distinct aroma of espresso and freshly baked Italian desserts began to fill the air. However, that morning there was something else in the air that was barely disturbed by a light breeze. When the sun began to cast its eyes on the hills, it illuminated the old colorful buildings that lined the streets of Porretta Terme. It was the calm before the storm.

The next day, pilgrims from all over the world would begin to descend into the city. They would speak in their native language, but still in the same language. They came in search of the salvation that can be achieved through the gospel of South American soul music. For four nights, the third weekend of July and for part of the last four decades, that wonderful music can be heard live in Porretta Terme, Italy, in all places.

On the other side of the world, in Biloxi, Mississippi, a man who has recorded with all these music giants, Joe Arnold, is packing his bags and getting ready to go to Porretta Terme. With him is his passport and his business card, constant and solitary companion object of “hand luggage”, his old tenor sax Martin.

At noon the following day he would land at Guglielmo Marconi airport in Bologna, Italy. After eighteen hours of travel, which never ended, he had returned to the European mainland for the first time since the spring of 1967. It was then that Arnold, as part of the Markeys, along with fellow tenor saxophone Andrew Love and trumpeter Wayne Jackson, along with Booker T & the MGs, played that band’s songs as well as backup singers Arthur Conley, Carla Thomas. , Eddie Floyd, Sam & Dave along with the incomparable Otis Redding on the hugely successful and now legendary Stax / Volt Tour of Europe.

A few months after returning from Europe and his American performance at the Monterey Pop Festival, 26-year-old Otis Redding was killed in a plane crash.

That tour and the recordings of those musicians, and others of that era, are an irresistible elixir for anyone who listens to that music. To this day, the sound of Southern Soul music has spanned generations and continents. It is the music that the Italian Graziano Uliani heard as a young man. Graziano started this festival on the 20th anniversary of Otis Redding’s death. The Porretta Soul Festival remains a tribute to Redding and its founder remains the festival’s artistic director.

Arnold has turned down one concert after another since he resurfaced in the public eye in the summer of 2013 in the wake of an interview I conducted with the lonely musician. That piece that originally appeared in BLUES JUNCTION has also been republished (with permission) on the official Stax Museum website in Memphis and on Stax’s very comprehensive unofficial website in Paris. I have received numerous correspondences over the past two years from journalists, musicians, self-proclaimed Stax-o-files and other fans of this music who, like me, until recently only “knew” Arnold only as a name on the back of an old man on the disc cover or on the front of a 45.

After arriving in Italy it wasn’t long before Arnold was in a white Mercedes van. He was taken from the airport via the mostly two-lane road that crossed the rugged mountainous terrain of the region to the Hevitta Hotel, in the heart of the village and just down the road from the stage and amphitheater built several years ago specifically for this event.

Here in the summer of 2015, it was not only the musicians of Mississippi and the American South who created this music for the first time, but the musicians from all over the world who now carry on these traditions by playing at the Porretta Soul Festival. One such band is the Northern California Anthony Paule Band. They served as the festival’s “house band”. They supported a parade of special guests, including Joe Arnold.

This seasoned professional band has supported soul / blues singer Frank Bey as the Bey Paule Band on three albums over the past three years and was returning to the Porretta Soul Festival as part of a European tour. The band’s expert trombonist, Mike Rinta, wrote the horn charts (55 to be exact) for the arrangements that would accompany the various artists.

After resting after a tiring day of travel, which included stops in Atlanta and Amsterdam, Arnold was ready to go to work as he met up with the band for Wednesday afternoon rehearsals.

As Arnold told me:

“DURING THE TRIALS THE BAND WAS RATHER QUIET. THEY HAD THIS KIND OF NERVOUSISM WHEN I GET THERE AND STARTED PULLING MY SAX OUT OF THE CASE. IT WAS LIKE “CAN YOU STILL PLAY?” AS SOON AS I HAVE STARTED PLAYING, YOU CAN SEE THE RELIEF ON THEIR FACES. EVERYONE WAS RELAXED IMMEDIATELY. GREAT SAXOPHONE GORDON BEADLE TOLD ME HE LOVED THE WAY THEY SOUND. THIS HAS MEANED A LOT TO ME, BECAUSE I HAVE THE HIGHEST ADMIRATION FOR HIS WAY OF PLAYING. HE’S A MONSTER. HE WAS ALSO AS AN AMBASSADOR FOR THE FESTIVAL. IT WAS SO AVAILABLE WITH ME AND SO KIND TO SHOW ME AROUND. IT’S JUST A PRINCE OF A BOY. THE WHOLE BAND WAS TRULY FANTASTIC. THEY ARE SO TALENTIOUS AND WONDERFUL PEOPLE AND IT WAS A JOY TO WORK WITH THEM. YOU KNOW, GORDON AND I MET ON FACEBOOK IMMEDIATELY AFTER OUR INTERVIEW. THEN SAID: “NOW THAT YOU HAVE DONE THE INTERVIEW WITH DAVE YOU HAVE TO DO THE PORRETTA SOUL FESTIVAL”. GRAZIANO CONTACTED ME AND SAID: “I NEED YOU FOR 2015 ″. THIS HAS CONCLUDED THE DEAL. HE HAS SO MUCH LOVE FOR THIS MUSIC AND FOR THIS FESTIVAL. LOVE WHAT YOU DO. LOVES PEOPLE AND PEOPLE LOVE HIM IMMEDIATELY. “

On Thursday evening the festival kicked off with mainly Italian bands and bands from other European countries. On Friday and Saturday it was the American headliners who took the stage. They included singers Wee Willie Walker, Sugaray Rayford, Frank Bey and the unstoppable 80-year-old Sugar Pie Desanto. Among the instrumentalists in the foreground were the aforementioned “Sax” Gordon Beadle and one of the most recorded and acclaimed drummers in the history of American music in general and soul music in particular, Bernard Purdy, as well as Joe Arnold.

Arnold was assigned the prime time slot on Saturday night at 9pm. I asked Arnold to share his thoughts on that experience of returning to the stage in front of a large audience after all those years away from the spotlight.

“WHILE I WAS PREPARING TO GO FORWARD, BERNARD PURDIE CLOSED TO ME AND GRASPED MY HAND AND Squeezed it. He held it in his hand and smiled at me. THIS MEANED A LOT TO ME. WE WERE BOTH ON THE LIST OF ATLANTIC MUSICIANS THAT THEY WOULD HAVE USED IN VARIOUS SESSIONS. HERE WE ARE AGAIN TOGETHER AFTER ALL THESE YEARS AND ALL THOSE KILOMETERS IN A VILLAGE IN ITALY. THEN THE M.C. RICK HUTTON GIVE ME A GREAT PRESENTATION AND CLOSING WITH “THE LEGENDARY JOE ARNOLD!” THE CROWD IS MAD “.

Joe was assigned two numbers. The first is an instrumental version of a song written by Eddie Floyd and Steve Cropper entitled, 634-5789 (Soulville USA). The song was a hit for Wilson Pickett and was that version where Joe could be heard alongside his fellow members of the legendary house band Stax. Then the band launched into the Markeys up-tempo instrumental hit Last Night. It was on this number that Joe Arnold played the iconic tenor sax solo night after night during the 1967 European tour. With the crowd going wild, the band, crew and producers of the festival decided to do another tune with Arnold at the forefront. He obeyed and they played the tune entitled, Suds, which was an early 60’s instrumental side cut by James Brown.

As the weekend drew to a close for Arnold and the festival, the musician took part in a long tradition of festivals. He, together with the other musicians of the festival, was invited to have lunch at the La Pace restaurant. Gordon Beadle found Arnold a chair next to him at the end of one of the long tables that overlooked the small restaurant. As he tried to eat his meal, a parade of autograph seekers searched for Joe for his signature. 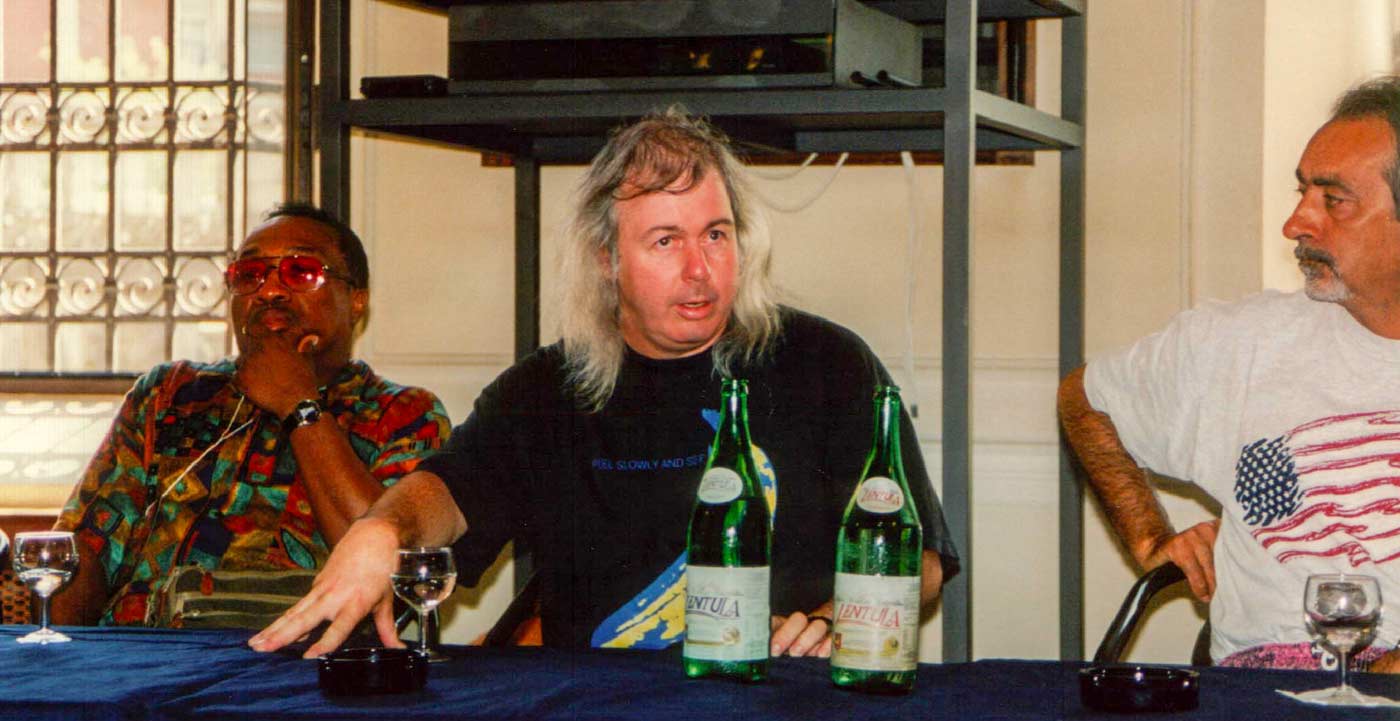 I remember my first visit to the Porretta Soul Festival as if it were yesterday. It was 1998 and... 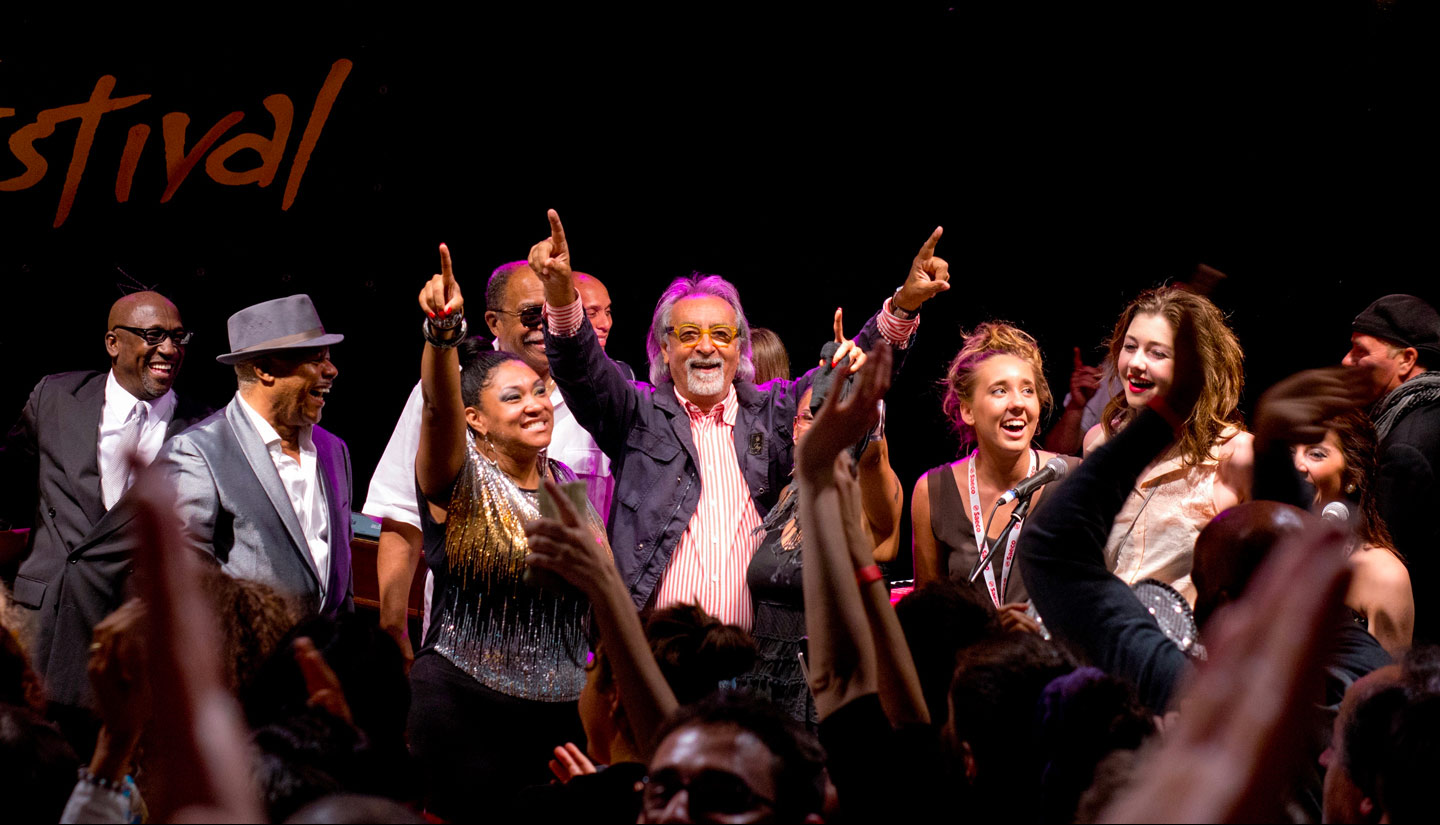 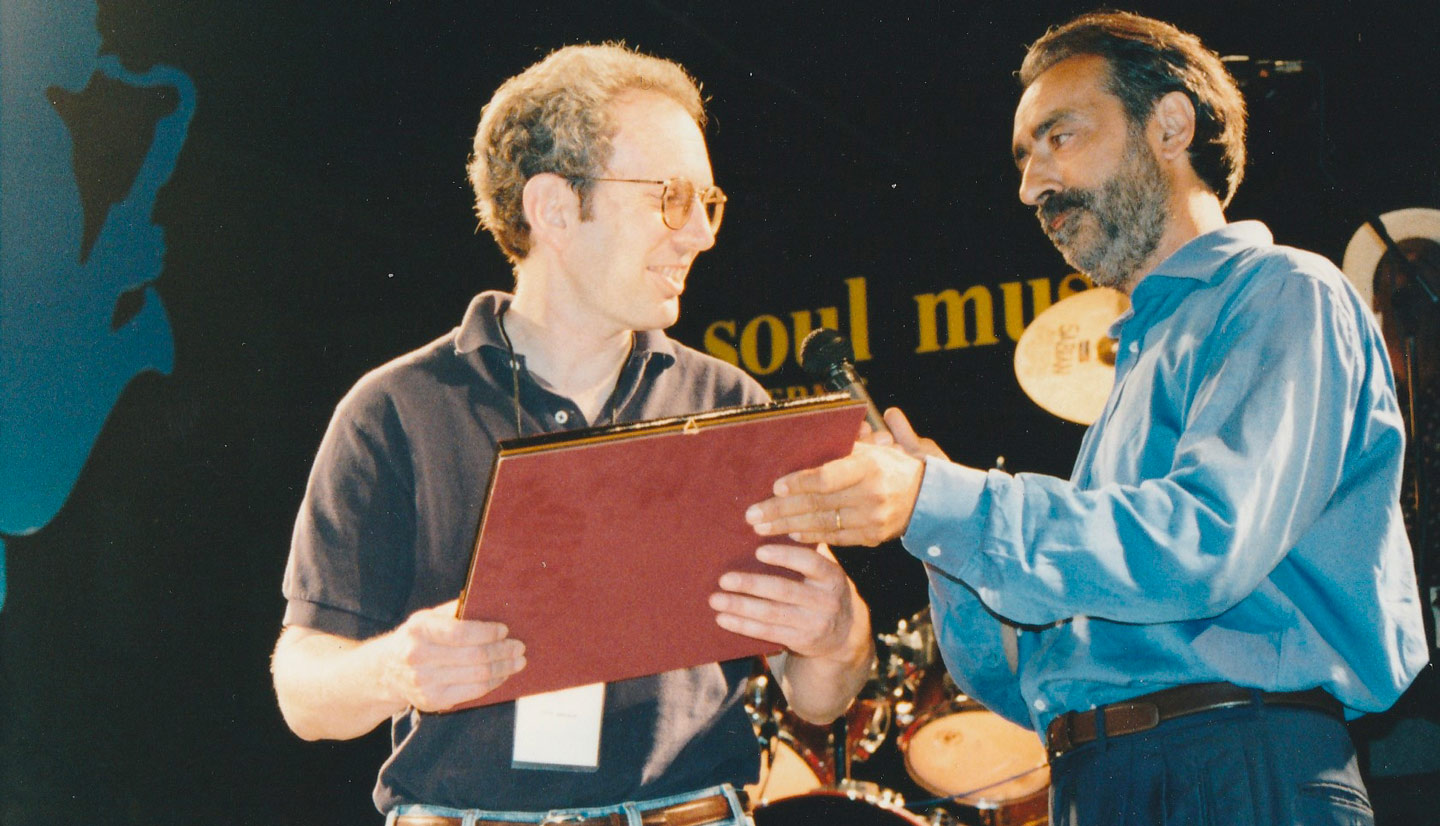 Everyone tried to tell me. Graziano tried to describe it to me and of course I had already heard...